Initially, Sher Bagga was announced to be released worldwide on 10 June, 2022. The audience was more than excited for the film when a tragic and unexpected event shook the whole world. One of the greatest Punjabi Singers to have ever been born, Sidhu Moosewala, was shot dead on 29 May.

The untimely death of Sidhu Moosewala shook every single soul who knew him. Sidhu Moosewala was one of the most popular figures out of Punjabi in any field. His death left an irrecoverable wound on the hearts of all the Punjabis and non-Punjabi fans. Celebrities and fans around the world mourned the death of the great artist and the Punjabi industry was hit hard, really hard!

On one hand, where Sidhu Moosewala’s death ended the seemingly unstoppable wave that took Punjabi Music to a global level, the film industry was not able to recover from the loss. The makers of Sher Bagga decided to not release the movie on 10 June in remembrance of Sidhu Moosewala.

The void that Sidhu Moosewala’s untimely death at such a young age has left on the Punjabi community and industry will never be filled. But “life goes on”. Sher Bagga will now finally be hitting theatres on 24 June this year.

The superhit Ammy-Sonam lead pair has never disappointed their fans and the man behind the camera, Jagdeep Sidhu is another reason which makes us want to watch Sher Bagga in the theatres. We hope the team will deliver another amazing comedy and live in the hearts of its people forever. 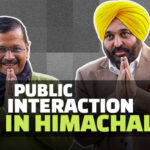 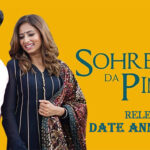