Ammy Virk and Sonam Bajwa’s superhit Jodi is once again ready to hop into an interesting story and win our hearts. The much awaited Punjabi film, Sher Bagga, has finally got a release date. It has been announced to release theatrically worldwide on 10 June, 2022. The announcement was made by Ammy Virk through an Instagram post.

Starring Ammy Virk and Sonam Bajwa in the lead roles, Sher Bagga is a very anticipated movie. It’s been a long time since the movie’s official announcement was made by the makers and an update regarding the release of the film was long awaited. Finally, 10 June, 2022 has been locked as the date of Sher Bagga’s grand release.

Another reason to be excited about the movie is that it has been written and directed by none other than Jagdeep Sidhu. Jagdeep Sidhu has become one of the most reputed and renowned artists of the industry in just a short period of time. His perfection in his art has led him to become a public-favourite writer and director. Along with Sher Bagga, the director also has ‘Moh’ scheduled for official release on 23 September, 2022, exactly one year after Qismat 2.

His most recent directorial, Qismat 2, is performing marvellously at the box office. It is gaining positive reviews from all around the world and has been described as ‘successful’ in living upto the hype. Qismat 2 was also Ammy’s most recent feature as a lead actor.

The superhit Jodi of Ammy Virk and Sonam Bajwa, who have given the Punjabi hits some of its most memorable hits, last appeared together in the movie ‘Puaada’. This is their next movie to be announced together. Ammy has another untitled movie set to release on 29 October, 2021.

The actor also has ‘Hun Ni Mud De Yaar’ set to release this Diwali, on 4 November, 2021. Sonam Bajwa on the other hand will be appearing in ‘Honsla Rakh’ alongside Shehnaaz Gill and Diljit Dosanjh, releasing this Dussehra  on 15 October, 2021. 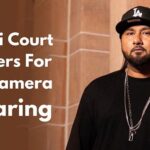 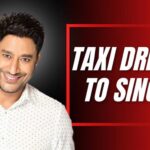