Moreover, the team of ‘Nikaah’ took to their respective social media accounts and unveiled the first look poster and details of Arjun’s upcoming song.

Coming to the credits, the lyrics are penned by Farmaan to which the music is given by Avvy Sra and the video is directed by Bhindder Burj.

Speaking of Shraddha Arya, the actress marked her name in Punjabi industry. She was seen in Punjabi music videos like ‘Viah Ni Karauna’ by Asees Kaur, ‘Guilty’ by Karan Aujla, ‘P.K’ sung by Gurnam Bhullar.

Besides Punjabi music videos, Shraddha has also done a Punjabi film, ‘Banjara’ opposite veteran Punjabi singer and actor, Babbu Mann in 2018 which marked the comeback of Mann to Punjabi films after his earlier release ‘Baaz’ in 2014. 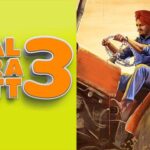 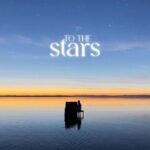