Punjabi Music Industry giant Sidhu Moosewala has arrived in the land of Canada. The singer has come to Canada after a long time owing to the travel ban on flights from India to Canada to control the spread of the deadly Coronavirus. The artist uploaded a snapchat story to update about his location.

The singer’s already huge Canadian fan base expanded to an unimaginable level with his recent album MooseTape. Many of his songs made it to the Billboard Canadian Hot 100 charts and ‘295’ peaked the Youtube’s list of Top 100 Songs In Canada.

The audience is speculating that Sidhu is up to something big this time. He’s come to the place after a long time and won’t let this visit go to waste. He is probably there for his upcoming project. It could be another song or it could even be a live tour. Sidhu had updated the fans earlier about the MooseTape tour and had mentioned that Canada will also be a part of the World Tour. He might be there for the same purpose.

Do You Know This Connection Between Sidhu Moosewala And Ustaad Nusrat Fateh Ali Khan?

But all of these are just guesses. We know that Sidhu is in Canada but we have no idea about his business there. We hope the artist updates his fans soon regarding the reason behind his sudden visit. 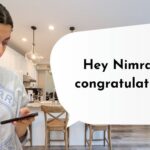 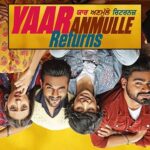