Sacramento police is investigating on seven-11 robbery case as the robbery resulted in the loss of one person’s life. As per the press release of Sacramento Police: They Got a call from the store by a customer, they went there at 3:30 a.m where they got an employee with  “Life-threatening injury” and  when they took that employee to the hospital he was declared dead.

The person who died in the incident is identified as Gurpreet Singh, 31, of Stevenson Ranch. He worked in the store which is located at 1199 43rd Ave.

After this incident, punjabi Singer Manpreet Manna took it to his Instagram account where he openly talked about this problem and shared his personal experience with his fans as well, as he also worked there for eight years. He said when you find anything wrong in your surrounding then do call on 911, wherein last he gave deep moan for the died person.

Meanwhile, the police personal said the investigation on the case is going on. 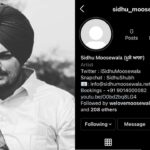 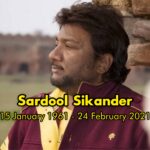