Soorma was a biopic based on the life of a hockey player Sandeep Singh. Today this film completes its two years of release which made Diljit share his experiences of life on the sets of shooting this film.

Soorma starred Diljit Dosanjh as Sandeep Singh, Tapsee Pannu as Harpreet, and Angad Bedi as Bikramjeet Singh. Diljit Dosanjh shared this on his Instagram post and expressed his gratitude towards this film and the entire team. He wrote that he feels Sandeep Singh is indeed a real role model for the youth, and he really had a great time while working for this film.

Also, he unfolded many other small tales of the sets, life he mentioned he didn’t want to work in this film, but he agreed when Sneha Rajani, Chitrangda Singh, and Shaad Ali ji insisted on him and made him believe in himself and the story too. The reason because he rejected the film for the first time when it was offered to him was, he had not played hockey ever in his entire life before and another was there were already two films in progress related to hockey.

It feels like this film has really given Diljit a lot, as he got an opportunity to work with Shankar Mahadevan for a song, which was a dream to him. And also, he emotionally mentioned that he never made friends in the industry, but after his experience of working with Angad Bedi, he became a brother to him. Not only he thanked and mentioned each one connected with the film, the makers and his co-stars too, but also, he especially mentioned and thanked Pradeep Bhatia, who made him work out enough and made sure he looked perfect naturally.

In the period of lockout, Diljit has already shared a lot of fun, emotional, and throwback stories in his posts on Instagram. And all his stories are making us believe that he is truly a superstar for many reasons.

We congratulate the Entire team of Soorma and assure that this masterpiece will stay in our hearts for a long time. 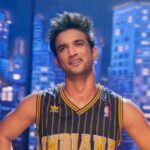