Bollywood diva Nora Fethi is currently under the questioning of Enforcement Directorate (ED) as a witness in the Rs. 200 Money Laundering Case. Sukesh Chandrasekhar has been accused of running an extortion racket worth Rs. 200 Crores while being in Tihar Jail. The case has fetched the names of popular Bollywood celebrities like Nora Fatehi and Jacqueline Fernandez.

Nora Fatehi issued her official statement on 14 October in which it was found out that she received a luxury car from the accused. While Sukesh was being taken to the court by the ED officials, the reporters asked him if he gifted a luxury car to Nora, to which the conman replied ‘Yes’. On being asked further about what car Nora received as a gift, he replied, “Why don’t you ask her about it?”. Earlier in the case, Sukesh’s lawyer Anant Malik had claimed that his client and Jacqueline Fernandez were dating each other. However, the actress had denied the claims.

Chandrasekhar and his wife Leena Maria Paul were sent in judicial custody by the ED in the money-laundering case allegedly involving duping former Fortis healthcare promoter  Shivinder Mohan Singh’s wife Aditi Singh. They were being taken to the court for the same case while the statement was made by the accused.

Sukesh Chandrasekhar is a native of Bengaluru, Karnataka. He allegedly started duping people at the age of 17, aiming for a lavish lifestyle. He deceived people with heft amounts of money in return for job promises. Posing as the relative of a politician, he’s so far frauded at least 100 people and his total cheating amounts to about Rs. 75 crore!

The accused was arrested on 9 October in a Rs. 200 crore extortion racket case, that he was running from behind the bars. He was sent in judicial custody till 1 November by the ED. 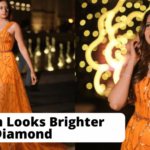 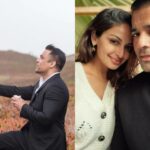