Can you imagine your lives without toilets? If not, Then you should be aware of the fact that there’s a country in which newlywed couples are not allowed to use washrooms for some days after their wedding.

As we all know that every country has its wedding rituals, for example in India, the groom and bride have to exchange marital vows by tying the wedded knot. In Christianity, the wedding ceremonies are held in the church and the other religions have their customs and beliefs about the wedding.

But this bizarre traditional ritual has been followed in Indonesia, where couples after getting married are not allowed to use toilets for three days. Not only this, what’s even more shocking is that the groom and the bride are given very little water and food items during these three days. A constant watch is kept on the couple so that they don’t break this tradition.

When digging more into this tradition, it has been said that due to this, Indonesians believe that if a couple gets successful in this then they form a powerful bond and are also believed to produce happy, healthy babies. And for those who fail will have bad luck in their marriage. And then it is considered that such marriages are either expected to be short, one or both of the members of the couple would die shortly.

And after getting success in this tradition, the couple and their family celebrate their achievement in anticipation of a wonderful marriage. 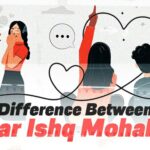 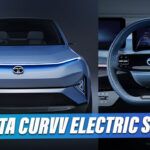