Whatever is uploaded on social media becomes the talk of the town instantly. And one such latest incident became the centre of attraction for all the netizens. A BJP functionary from Coimbatore fought as an independent candidate in the local body election in the district and became a political hot potato.

D.Karthik, 33, AKS Nagar, contested in the rural local body polls of his district on a car symbol as a BJP face and obtained only a single vote. He competed for the post of Kurudampalayam village panchayat ward 9 member and escalated the spreading on the social media and news channels. Karthik runs a mobile shop too. According to the media, Karthik claimed that he had 5 other family members who voted in the same ward, but they did not vote for him and he just received one vote.

What Is The Soul-Shivering Real Incident Behind Netflix’s Latest Web Series ‘House Of Secrets: The Burari Deaths’?

We are very sure who has already started wandering in your minds after hearing this. Neetu Shatran Wala, who just got 5 votes in the Lok Sabha elections in 2019. Neetu stood independently in the Lok Sabha elections and claimed to have gotten only 5 votes, whereas, he had 9 people in his own family. He blamed the EVM machines too for the tampering. People saw him crying in front of the media after the announcement of the results in 2019.

Neetu Shatrana Wala was demoralized and had decided to never stand in elections ever after. Now the almost same situation was faced by D.Karthik because of only 1 vote he got. This all caught Twitterati’s attention and the hashtags and meme threads started trending.

Look at some memes, trending on social media: 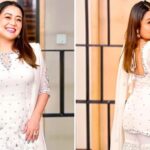