Pakistani Daily soaps and dramas are very popular, not only in Pakistan but in India and some other countries as well. Currently, Zindagi Gulzar Hai is trending in India as Zee has decided to re-release the show.

The show stars Fawad Khan and Sanam Saeed in the lead roles and features a romantic love story. This serial was the reason behind Fawad’s massive popularity in India and also got him an offer in the Bollywood movie Khubsoorat. So you also are one among the lakhs of Zindagi Gulzar Hai fans, then we have a list of other top 10 Pakistani Dramas you can watch and will surely love.

Top 10 Pakistani Dramas You Must Watch

Humsafar stars Fawad Khan and Mahira Khan and Naveen Waqar in the lead roles. The story of Humsafar is based on the novel (same name) by Farhat Ishtiaq. The drama series became one of the most successful and highly acclaimed in the history of Pakistani Dramas.

Qatil Haseenaon Ke Naam is a six-episode long crime-fiction web series available on Zee5. It features six interconnected stories of women who step ahead to take revenge from men who wronged them. It stars Rubya Chaudhary, Sanam Saeed, Sarwat Gilani, Meher Bano and Faiza Gillani in the lead roles.

Churails starring Sarwat Gilani, Mehar Bano, Nimra Bucha and Yasra Rizvi in the leading roles is Zindagi original web series available on Zee5. It is based on the lives of a Karachi based band of women with the motive of taking revenge on men who troubled them.

Aunn Zara is the name of the series and so is the name of its lead characters. Starring Osman Khalid Butt as Aunn and Maya Ali as Zara, it is a story of them having different personalities and getting married.

Starring Fawad Khan and Sanam Baloch in the lead roles, Dastaan is one of the must-watch Pakistani dramas for Fawad fans. The love story in the film is based on the India-Pakistan partition time and is considered one of its kind project ever made in Pakistan.

Mora Piya is in our list of top 10 Pakistani dramas because of its unique storyline. If you wish to watch a romantic story with amazing twists and turns, this Adeel Hussain and Amina Sheikh starrer is a must-watch for you.

Ishq Gumshuda starring Sarwat Gilani, Humayun Saeed and Aamina Sheikh in the lead roles, is a story of friendship, love and life. With heartwarming dialogues, this Pakistani drama deserves to be in your watchlist.

Mahira Khan and Mikaal Zulfiqar are seen portraying the lead characters in the spiritual-romantic-drama Shehr-e-Zaat. It is based on the novel (same name) by Umera Ahmad.

These were the top 10 Pakistani dramas you must watch. These will ensure you fall in love with them. Personally, we are in awe of these series and daily soaps, now it’s time for you to watch these too. It’s a story of two friends; Ahmed Ali and Abdul Rehman and their struggles with life. 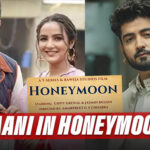