Two men were arrested by Truro police in 23-year old Prabhjot Singh Katri murder case. Further the third accused is in search of the homicide. Prabhjot Singh Katri was an international student who was killed outside an apartment building in Truro in the early morning hours of Sept. 5.

Further, according to the reports, Katri worked as a taxi driver and had dropped in to see a small group of friends after his shift finished, the records said. The friends later told police Katri was heading home because he had an early shift at Tim Hortons. Police believe someone attacked him in the parking lot at 2:07 a.m. AT.

Moreover, Truro Police Chief Dave MacNeil said police arrested 21-year-old Dylan Robert MacDonald of Valley, Colchester County, on Thursday. The accused is charged with accessory after the fact to murder, dangerous operation of a motor vehicle, and flight from police. Also, he has been remanded into custody and is due back in court on October 26.

Also, the court documents state, “his friends observed a white Honda Civic fleeing the scene with two males in it immediately after the murder.” Truro police now arrested him Friday morning when he was released to their custody, but have not yet named him, as he has not been charged in relation to the homicide. The 20-year-old man is from Pictou Landing First Nation.

Chief Dave MacNeil said they expect that man to be charged with murder. His name will then be made public. Police can hold someone without charges for up to 24 hours.

Earlier during the investigation, Truro police said there was no risk to the general public. MacNeil, who spoke to reporters Friday afternoon, said they made that determination after identifying suspects.

For more details on this case tap the link below:
Prabhjot Singh Katri Brutally Murdered In Truro, Canada; A Hate Crime Suspected

He further added, “The seven weeks since Katri’s death were spent gathering that evidence. Through this investigation, nobody felt the pressure more than our police officers, our investigators, to bring justice to Prabhjot’s family and friends and the greater community.”

After this, president of the Maritime Sikh Society, Simardeep Hundal, said the news of charges brought some peace to those who knew the young man.

“It was a sense of relief, somewhat happiness,” she said. “I’m very grateful, very thankful to Truro police for working so hard, and hoping that justice will be served.” Moreover, Hundal’s sister and brother-in-law have left Truro for now, as they found it hard to live in the place where he died. Many of his friends are still in the community. Meanwhile, Katri’s ​​​​body was returned to India and cremated last month. 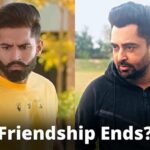 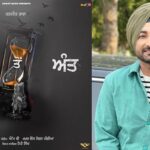