Hardeep Grewal is associated with the Punjabi music industry, he is a famous singer, lyricist, and composer. He has given several hit songs such as Thokar, 40 Kille, Platinum, Juti Jharrke, Bulandiyan. The most inspirational song of all time Unstoppable was also his project, he acted, produced, and wrote its screenplay. And now he is enthusiastic to motivate us through his debut movie.

To overcome this pandemic and lockdown’s frustration, Hardeep Grewal is fully equipped to entertain us. His debut movie Tunka Tunka is releasing on 16th July 2021. It is a motivational movie similar to his many songs, the movie has already won seven International awards in 2020 in Toronto, New York, Lisbon and other countries. Hardeep is the producer, writer and actor of the film, and the direction is given by Garry Khatro.

Hardeep Grewal shared the poster of the movie and informed his followers regarding the movie’s release day. In his caption, he said the next poster, teaser and trailer of the movie will be shared soon. He also said that the project was started four years ago and he put all his efforts into the movie, hence he urged people to watch the movie on the 16th.

READ ALSO | Sherni Review: Vidya Balan Justified The Title And It’s Not Only About The Tigress 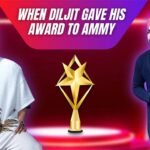 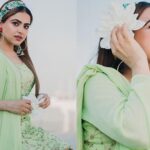