The Kashmir Files director Vivek Agnihotri garnered lots of heaps and praises for his latest release. Vivek is in the news for his hard-hitting film The Kashmir Files, which is on the exodus of The Kashmiri Pandits from the valley in the 90s. The film raised more than 100 crores in a week after its release. But apart from this blockbuster film, Vivek has directed many other films which were well acclaimed by critics as well as audience.

Vivek Agnihotri is known as one of the few new-age Hindi cinema film directors. He likes to experiment in different genres of filmmaking like erotica, sports, political dramas, thrillers and love stories. Due to this, he is also known as a multiple genre director.

Agnihotri made his directorial debut with the film ‘Chocolate: Deep Dark Secrets’, released in 2005. The film had multiple stars like Anil Kapoor, Emraan Hashmi, Sunil Shetty, Irfan Khan, Sushma Reddy and Tanushree Dutta in lead roles and is still ranked as one of the most stylized suspense dramas. Not only this, Chocolate has been listed as one of the best city (London) films.

After that, he delivered films like The Tashkent Files, Buddha In A Traffic Jam, Junooniyat and Zid. Moreover, In 2002, he created his production house named Vivek Agnihotri Creates Pvt Ltd.

Undeniably, Vivek has delivered many great films and for this, he has achieved Awards too. He grabbed Best Screenplay (Dialogue) for the movie The Tashkent Files and Best Writer and Director at Jakarta International Film Festival: Buddha In A Traffic Jam.

The Filmmaker has been at the best phase of his career. Few of his films had almost zero promotions but turned out to be a surprise box office success. 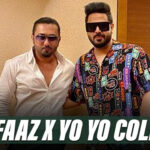 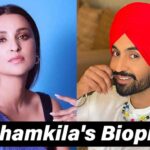