Punjabi actress Wamiqa Gabbi has been in the headlines in recent days for her Disney+Hotstar Web series, Grahan. The actress recently uploaded an Instagram video. She can be seen flaunting her sword fighting skills in it. Whether it is for a movie shooting or not, it is a treat to the viewer’s eyes.

She captioned the clip ‘I don’t rest in between my shots’ and it is very evident. The energy she’s putting into every hit, her flow and the perfection is enough to keep you stuck on your screens and just watch the video in awe.

Do You Know About The Time When Wamiqa Gabbi Gave Up And Decided To Quit Acting?

Speculations are that the warrior Avatar of Wamiqa Gabbi seen in the video is actually for her upcoming web series Bahubali : Before The Beginning. The webseries is a part of one of the most successful film series of India, Bahubali. It is a prequel to Bahubali : The Beginning, the first movie of the series.

The web series is expected to release on Netflix and Wamiqa will be playing the role of Shivgami Devi. The sword fighting skills of Wamiqa seen in the video can probably be her training for a shooting sequence. Reports were that earlier Mrunal Thakur was chosen for the role but then Wamiqa was considered to be the most suitable. 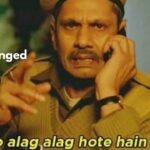 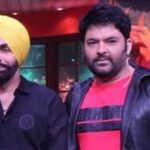