Punjabi singer Afsana Khan has delivered dozens of amazing songs and made her place in the hearts of Punjabi audiences. While she was inside the BB house, she made sure that she remain in the headlines. Not only this, she announced this already that after coming out from the show, the singer will marry her financé Saajz Sharma.

But ahead of her marriage date, the couple is facing some kind of hindrance. Reports of Punjab Kesari suggests that a woman from Raipur, the capital of Chhattisgarh has filed a petition in the Mohali court to stop the marriage of both. She claimed that she is married to the artist already. And now the photo from Saajz’s first marriage is all over the internet. Take a look at their pictures:

Meanwhile, the woman has appealed in the Mohali court that the marriage of Afsana Khan and Saajz Sharma should be stayed. Not only this, the woman claims that Afsana’s future husband Saajz Sharma has cheated on her. Earlier she was married to Saajz Sharma, but by fraud, he divorced her.

ALSO READ | “The Divorce Was Illegal”: Chhattisgarh Women Files Petition Against Saajz To Stop His Marriage With Afsana Khan

She has claimed that she got married to Saajz with the consent of their parents on September 6, 2014 and they even have a daughter who was born in February 2016. The family lived in Zirakpur post marriage. However, it was allegedly due to the dowry torture that she was forced to return to Raipur, her hometown. 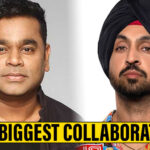 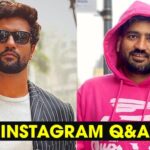