Both Diljit Dosanjh and Sidhu Moosewala are two of the most popular and loved artists of the Punjabi Music Industry. We find many similarities between them both as both of them enjoy international fan following and have broken records too. But do you remember the time when Diljit Dosanjh also accepted that Sidhu Moosewala is his current favorite?

It’s a little old story, hence it might have been blurred from your memory. So let us recall it here.

It was 2017 when Sidhu Moosewala had just released his extremely viral and superhit song So High in August. While this song was continuously impressing fans and everyone, superstar Diljit Dosanjh also fell in love with the track. Social media was flooded with fans’ craze and comments on the song, and Diljit also took it to his official Facebook handle where he praised Sidhu Moosewala.

After Diljit shared this post, the fans were even more excited and also knew that Sidhu had really made it big. Because it’s not a common practice in Punjabi Music Industry that competitors step ahead to appreciate each other’s work. Hence, when Diljit did this, everyone was happy and equally excited.

Talking about their current work profiles, Diljit Dosanjh and recently released his latest song ‘Umbrella’ which is earning a good response from fans. And on the other hand, Sidhu Moosewala is busy releasing his most awaited album MooseTape. You can check out the reviews of both in the reviews section of Kiddaan.com 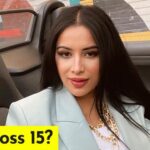