Season 16 of Bigg Boss has just started to air and has already made it to controversial headlines. Popular filmmaker Sajid Khan who is accused of the #meToo movement is a participant in Bigg Boss this year. His participation has raised many objections and questions as most fans are not happy with it.

We have already seen various trends and hot debates on social media, in which fans, netizens and more people joined to argue. Some feel Sajid Khan should not be in the show, while some came in the support of the director as well.

But now, it seems this controversy has really grown bigger as now Delhi Commission of Women and Federation of Western India Cine Employees (FWICE) have also stepped into the debate. While Swati Maliwal from Delhi’s Commission for Women is against Sajid Khan’s participation, FWICE has extended support to the director.

The current chairperson of the Delhi Commission for Women, Swati Maliwal, had penned a letter to the Information & Broadcast Ministry and asked for Sajid Khan’s ouster from Bigg Boss 16. In the letter to Anurag Thakur, she wrote, “While there is a public outcry against Khan’s inclusion in the show, the makers of the show are refusing to remove him, as they apparently gain TRP ratings and viewership due to the ensuing controversy.”

(Ten women had accused Sajid Khan of sexual harassment during the #MeToo movement. All these complaints show the disgusting mentality of Sajid. Now, this man has been given a place in Bigg Boss, which is wrong. I have written to @ianuragthakur to have Sajid Khan removed from this show.)

As reported by Hindustan Times, FWICE in the letter addressed to Anurag Thakur wrote, “During this action initiated by the IFTDA and the FWICE, Sajid Khan was issued the non-cooperation from FWICE and was banned from working in the Film Industry for one year. Sajid Khan co-operated with the IFTDA and FWICE and obeyed the decision of the POSH Committee. FWICE was satisfied with his behaviour during the period of his Ban and after the completion of the one year of this punishment, the BAN on Shri Sajid Khan was lifted by the FWICE on 14.03.2019. Sajid Khan has now entered into the BIGG BOSS to earn his living.”

The letter also stated, “He has also gone through the tough trials of the POSH committee and a lot of humiliation during those trying days on social media and other public platforms. A person who has already suffered his punishment and obeyed the decision of the IFTDA and the FWICE cannot be again tried and punished for the same offense. He has all the right to survive and earn his living and hence he has joined the Bigg Boss show. It is therefore requested to you kindly please allow Sajid Khan to work for the show Bigg Boss and do not initiate any action against him as per the appeal submitted by the Delhi Commission of Women.”
Moreover, following all the allegations, Sajid Khan was suspended for a year by the Indian Film and Television Directors’ Association (IFTDA) in 2018. His punishment was completed and the ban was lifted in March 2019.

Sajid Khan’s participation in Bigg Boss 16 has been in controversy since the beginning. Various BB fans, and netizens have expressed their outrage and disappointment against the same. 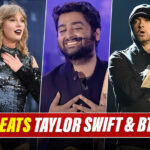 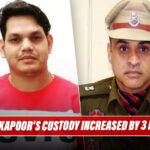