Yaar Chale Bahar Episode 5 – Forthcoming has officially been released on Youtube. We were left with many unanswered questions in the last episode. This is the most important episode so far of the series as it shifts the perspective of the whole web series.

It starts off with Saman’s interest increasing in going abroad. The man is a show-stealer and a complete comedy package. However, the episode becomes much more intense as it follows the story. Harry, who is working on cracking the next IELTS exam with all determination, discovers the truth behind Gurleen’s engagement. A misunderstood word leads the friends to misinterpreting the date of Gurleen’s engagement.

Inder, whose love story seems to escalate as he decides to take up Mehar’s divorce case, misses his first chance with his teacher. Mehar has to go to a family function and the two could not discuss their case. What family function? Watch the episode to find out.

The episode also brings in a new character Lovedeep Singh, who has a secret connection to Preet. Yaadi and JJ are shooting for their music video in which they want Preet’s shot. Saman asks Preet for consent but Preet keeps on looking to Lovedeep for approval, who in turn, keeps refusing. Though Preet says yes to the role, Lovedeep follows her to the shooting set. We are really curious about the secret connection that the two hold.

On the other hand, Nimrat and Mintu’s families meet to talk about their wedding. Mintu, who initially seems to be a cute guy, turns out to be a total creep. Does Nimrat say yes or discover the truth behind Mintu’s fake innocence? Watch the episode to find out.

As the episode moves into its conclusion, things seem to break apart. Harry and Yaadi’s friendship comes to a delicate point due to the misunderstanding caused by JJ’s message about Gurleen’s engagement. Harry approaches Gurleen to sort things out. Will he succeed?

Director Rabby Tiwana is a master of running multiple stories and still keeping the pace and composure of the whole story. Lovedeep’s character also brings in a new story and talks about an issue that has given deaths to many youngsters of Punjab. Saman finds out that Lovedeep’s fiance has gotten into a relationship with one of his friends in Canada and is cheating on Lovedeep. A story we have heard many times, but the truth we have not.

Overall, Episode 5 was a crucial episode in terms of intensity and the story. The characters of the series all stand at tough situations and it will be interesting to watch how they’ll make out of it, if they ever will. 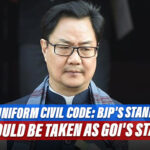 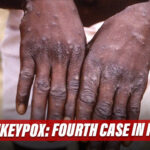