The Apex Court, while hearing producer Ekta Kapoor’s plea on cancelling the arrest warrant, lashed out at her for insulting the soldiers and their families. Moreover, the Court stated, “You are polluting the minds of the younger generation of our country. Furthermore, the bench of Justices Ajay Rastogi and CT Ravikumar, said, “The OTT platforms, nowadays, are easily available to all, the web series is also accessible! What kind of opportunity are you giving for the youth to choose the best? You are instead polluting the younger generation.”

Additionally, on behalf of Ekta Kapoor, senior attorney Mukul Rohatgi stated that although a petition had been filed with the Patna High Court, there was little chance the case would be scheduled for hearing anytime soon and that the Supreme Court had previously given protection to the producer in a related case. Furthermore, Rohatgi claimed that there is freedom of choice in this nation and that OTT is a subscription-based platform. However, the two-justice bench were shocked with what kind of choices have been given.

Moreover, slamming Ekta’s attorney Mukul Rohtagi, the bench said, “We will put you on cost for submitting such a plea. Mr. Rohatgi, kindly let your client know this. Just because you can afford the services of good lawyers, this court is not for those having voices. The court represent individuals without a voice; if even those with access to a variety of facilities are unable to obtain justice, just think about the plight of this common man.” Furthermore, the bench concluded, “The order has been reviewed and we have our reservations.”

Meanwhile, as the bench recommended that a local lawyer be hired to inquire about the progress of the high court hearing, the matter was kept pending. 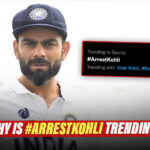 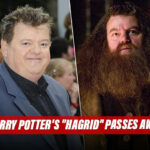