Upcoming Punjabi Movie titled ‘Adakaar’ has been announced. Along with a huge and decorated star cast, the film is going to mark an important chapter in the life of famous Punjabi Youtuber, Aman Aujla. The Youtuber is famous for making funny Punjabi videos and is undoubtedly one of the biggest Youtubers in Punjab.

Aman Aujla has a huge subscriber base of 757k, also making him one of the most subscribed Punjabi Youtubers. The content creator is now all set for a whole new experience with the movie ‘Adakaar’! Along with Aman Aujla, it is also set to star many other prominent Punjabi artists like Nirmal Rishi, Nirbhai Dhaliwal and many more.

The movie has been announced by Aman through an Instagram post. The post also revealed that the movie’s shooting has been wrapped up, making the audience more excited about the movie. It has been directed by Jassi Maan and will be released under the banner of CC Motion Pictures.

The release date of the movie has not yet been shared. All we have as of now is Aman’s Instagram post, that announces the movie and reveals that the team is already done with the shooting. The release date might not have been officially announced but the fact that shooting is already completed, we might get a release date super-soon.

This marks a new chapter, not only in Aman Aujla’s career, but also in the Punjabi Youtube Community. Aman has become one of the first Punjabi Youtubers to be a part of a Punjabi feature film. Rimple Rimps is another Punjabi Youtuber, who will soon be seen on the big curtain in the movie ‘Route 11’. The Youtubers are surely setting an example for the Punjabi Community. There was a time when we were completely unaware that people recognized Youtube as a career-platform and Aman Aujla is setting the perfect example of the drastic change we’ve come through. 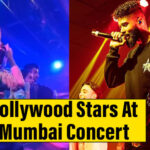 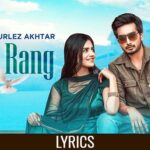