Cryptocurrency is the word of the world today. The whole world is investing in cryptocurrency to go rich beyond their imagination. But due to its unpredictable and volatile nature, cryptocurrency has a million risks associated with it. But there’s no doubt to the fact, it is the only thing in the world that can make you rich beyond your wildest fantasies.

If you do not believe us, Chris Williamson from Georgia, the USA, is here to make you believe anything in the world is possible, for a brief time. While the whole world is talking about Elon Musk’s showdown with Jeff Bezos to become the richest man on the planet, Chris made them look like common men for some time.

Chris Williamson woke up like everyday one morning. Like every honest investor, he went on to check his investments, only to find out that his account was suddenly worth more than a Trillion US Dollars. This makes Chris Williamson the richest man on earth and the first person ever to acquire wealth amounting to a trillion.

Chris couldn’t believe his eyes and checked the 13-digit figure a number of times. He had invested $20 into Rocket Bunny currency last year, and the $20 suddenly amounted to more than a trillion US dollars.

‘The reality is often disappointing’. When Chris tried to move his Rocket Bunny currency to different platforms, it wasn’t showing the same amount. It was then when Chris realized that the news of him becoming the world’s first-ever trillionaire wasn’t true and a glitch. He contacted Coinbase to report the issue. 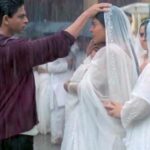 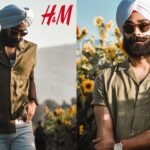