Bollywood actress Payal Rohatgi has been recently arrested in Ahmedabad, Gujarat. Payal Rohatgi is known for her acting in Bollywood movies and her participation in Bigg Boss in 2008. And she is usually in the news due to her controversial statements.

The complaint says, Payal hurled abuses at the chairperson and used unacceptable language in Whatsapp group chat. She also threatened to break the leg of anyone who’d get into any kind of fight with her.

Later when the complaint was filed, Payal was arrested by Ahmedabad Police.

Earlier also in 2019 Payal was arrested for making remarks on former Prime Minister Pt. Jawaharlal Nehru. Other than this, she is in the headlines for her controversial statements and on-line arguments with other celebrities or known personalities.

Payal Rohatgi Fires On Sidhu Moosewala, But Kept The Comments Off!

Sidhu Moosewala Replied To Payal Rohatgi’s Video About Him

Her Twitter account has also been suspended various times due to her rough language and violation of community guidelines. 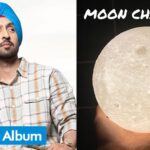 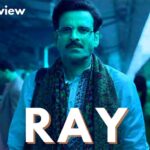