The role of Bollywood actress Kangana Ranaut in spreading hatred needs no explanation nowadays. From calling Sikh protesters anti nationals to using disrespectful words for the old lady protesting she has been proving herself the worst every day. This time she has posted another tweet online regarding the protests of the farmers, and this too is getting the attention of many. She wrote,

Taking a dig at this and frustrated with Kangana’s now-deleted tweet about the old lady, popular Punjabi celebrity Ammy Virk retweeted her tweet and replied,

The people are appreciating Ammy Virk’s reply which includes another Punjabi celebrity SukhE. He took it to his Instagram and uploaded the screenshot of Ammy’s reply and appreciated him.

Not only this, but SukhE also reported Kangana’s Instagram account and shared the story doing this on Instagram. He asked his fans to do the same in support of the Farmers protesting for their rights. 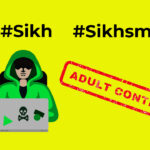 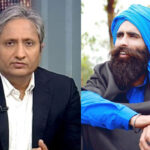