To make one’s parents and family proud is everyone’s dream. What is even more amazing is meeting the same family after 6 years, knowing that you’ve worked hard and made them proud! AP Dhillon and Gurinder Gill recently had an emotional meet up with their respective families after a long span of 6 years!

The stars are currently in India for their ‘Takeover Tour’ – their first ever Indian live show tour. The Takeover Tour took off from Gurugram (Gurgaon) and has now reached the Green City Chandigarh! Following their blasting live concert at Chandigarh, the two stars went to their hometowns to meet their families and the emotional reunion was captured on camera.

The videos of the two young singers, who’ve taken over the industry in just a few years, meeting with their family went viral on social media. The young singers were completely in the moment and their families couldn’t believe they were seeing them after 6 years. The whole situation was so emotional in itself. AP Dhillon couldn’t stop hugging his family members and Gurinder Gill too was welcomed with tons of hugs from his loved ones.

AP Dhillon and Gurinder Gill, along with the third member of the Brown Munde club – Shinda Kahlon, have been in Canada for all these years. They started their music career from Canada and rose to fame. It’s been over a year since Brown Munde have been making headlines and have become the audience’s favourites. There couldn’t have been a better time to meet their families, right after rising to fame and making them proud.

The Brown Munde are also having a dream-come-true tour. Their first ever tour in India has turned out to be a total blast. Wherever the artists go, they’re followed by huge crowds and people cannot get over their shows. The clips from live concerts have spread on social media like fire! 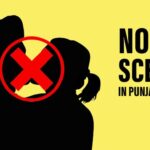 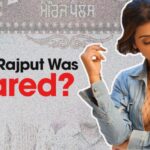