The popularity that the name AP Dhillon has already gained this year is mind-boggling. Be it his concerts, EP Hidden Gems or addictive songs, AP Dhillon has been ruling over the world for the past few months. He has risen up from ‘The Next Big Thing’ in the Punjabi Industry to ‘The Big Thing’ in the industry right now! And Forbes India has just put a stamp on the statement.

Forbes India released its ‘30 Under 30’ list for the year 2022 and the 29-year old AP Dhillon became the only Punjabi artist this year, to make it to the prestigious list. The list featured the entrepreneurs, influencers, creators, artists and musicians of India that are currently ruling their respective fields and AP Dhillon was successful in making it to the 22nd position.

Every year, Forbes releases its 30 Under 30 list to recognize the bests of the bests in each field. The nominee has to be 29 or younger to be featured on the list, hence, it recognizes the young blood. AP Dhillon has finally registered himself in the list and taken Punjabi Music to unprecedented heights.

ALSO READ | Not Only The Fans, But These Brands Are Also Obsessed With AP Dhillon’s Excuses

He, along with his team Gurinder Gill and Shinda Kahlon, have been the talk of the town for quite some time now. Their Takeover Tour in India in 2021 was a huge success! It was followed by the international success of their EP ‘Hidden Gems’ and further, their success was complimented by almost a year old song ‘Excuses’ which went viral out of nowhere.

If you haven’t been living under a rock for all this time, you might have heard a joke or two about ‘Kehndi Hundi Si’. The line is actually sung by Gurinder Gill in the song ‘Excuses’ which was released in 2020 and it went viral in the first month of 2022 with brands like Zomato, Swiggy, Man Force using it for their promotion.

It went to a whole different level when the official Instagram handle of the English Premier League club, Manchester City also posted it! All this has made AP Dhillon one of the most popular Punjabi Singers in the world right now and Forbes’ Ranking has just proved it. 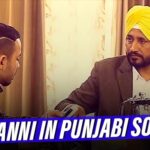