Gippy Grewal has always won our hearts be it his acting, singing, writing or direction. The multi-talented artist does everything to impress his audience. He has lately released a multi starrer film Shava Ni Girdhari Lal which received a lot of heaps and praises from the audience. It is a fun rom-com that aims at tickling your funny bones.

But do you know how the concept of the film came into his mind? Gippy Grewal sheds some light on the same and disclosed that there’s a very funny tale behind this idea. One fine day, his wife asked him to go to the market so that they can buy furniture together.

ALSO READ | ‘Nobody Liked The Idea, I Had To Take The Initiative To Turn Writer’, Gippy Grewal

But he refused and said he didn’t know much about the furniture, so he would stay at home. To this her wife replied, ‘I also wish that my Girdhari Lal should accompany me’. When Gippy heard this, he was confused and asked his wife from where did this word (Girdhari Lal) come into her mind.

Though he didn’t get any concrete response, this name kept swirling in his mind. He called Rana Ranbir and told him to make a film that revolved around the character Girdhari Lal and together; both Gippy and Rana Ranbir came up with a unique and different concept.

The film features 52 known faces which certainly is a record in itself. It consists of a different concept which glorifies a simple man’s large hearted views on romance and love. Fans are thankful to his wife who indirectly gave him the idea for this film. 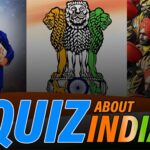 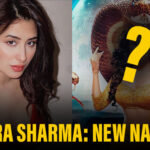