Elon Musk, the richest man on the earth is known for various reasons. We all know he is quite active on social media and keeps updating his followers about what’s going on in his life and more.

And not only this, but he is also good at interacting with people on social media. If you are one among his 101 Million followers on Twitter, you might have seen him replying to fans and random people.

Moreover, he has done the same recently and has reacted to a tweet tagged by one of his followers. A Twitter user who seemed too fascinated with one of Musk’s pictures from his Greece trip.

The user compared a shirtless picture of Musk with a dog and posted the comparison online. This post couldn’t escape the super active eye of Tesla owner. The meme caught his attention, and he reacted to it.

Also Read: Mallika Sherawat Reveals One Thing That Men Love About Her But Women Hate

He, in a fun way, commented, ‘My calves are bigger tho’.

Various people on the internet expressed their views on the shirtless picture of Musk which included some disliking it, and others wooed by Musk’s vacation.

Elon Musk in any way maintains his charm in the news headlines. Be it for his statements regarding buying Twitter, or reacting to fun memes, netizens love him for being an exciting man. 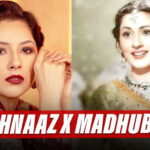 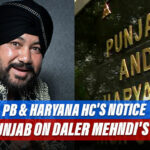