After Sidhu Moosewala joined Politics recently, rumours of a number of Punjabi artists to soon join the Politics, were also going viral all over the internet. Where Gurnam Bhullar was being offered to join Congress, more of the Punjabi artists were being offered and rumoured for the same.

Gippy Grewal was one among them, when the rumours of him were getting sparked up steadily, he had something to say to clear everything that was rounding around. Gippy is on a promotional tour for his upcoming film, Shava Ni Girdhari Lal, currently and during an interview session he was asked about if he is entering into politics soon.

Gippy has revealed that he got an offer from the current CM Charanjit Singh Channi to join his party but he denied the offer as he thinks that it is not his side to be in politics. He enjoys being an actor, singer and director too because it is his field and genre.

Talking about Sidhu’s joining the Congress(politics), Gippy said that, “It is an individual’s decision to be in this game. If somebody asks me whether I would enter politics then my answer would definitely be ‘No’. But if it somehow, at any point of time, becomes a compulsion then I may think of entering into politics too. And once I enter, then I would definitely do everything that people expect from their Politicians to do”.

Gippy also said that I do social work being an actor too but I do not post on social media. It is done because of my will and wish, but the day I enter Politics it would become my Job and it will be a compulsion for me to do that.

ALSO READ | “We Were Not Friends”: Sidhu Moosewala Speaks Up On Karan Aujla & His Beef With Babbu Maan!

The actor-director cleared all the rumours by saying No to enter politics but even said if he gets a chance somehow then he would definitely join Politics. As of now it is a big No but who knows, maybe we could see the artist getting into the game soon. And if it happens then we will see another phase of Gippy Grewal as a Politician too. 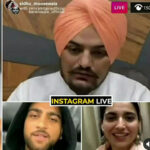 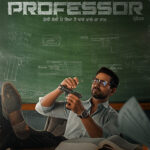