Punjabi actor Dheeraj Kumar who is known for his roles in movies like ‘Rocky Mental’, ‘Ik Sandhu Hunda Si’ and more, has taken to his social media handle to announce his new project. The actor has been seen doing some serious roles and will now be playing the lead in the family drama titled, ‘Gulam Begum Aur Doraemon’.

This change of genre has not only brought a smile to Dheeraj’s fan base, but to the actor too. Also, Sheetal Rana will be sharing the screen with Dheeraj Kumar. ‘Gulam Begum Aur Doraemon’ is Dheeraj’s first Web series. Thus, sharing the picture of the clapboard, he wrote –  “Kaun kehta hai k ‘Web Series’ faimly mai baith kar nhi dekh sakte? Hum dikahyeinge  … “Gulam Begum and Doraemon”

So, it is clear that this family web series is not only for adults but the whole family can spend their time together while watching it. Meanwhile, it will be directed by Rubal Chhina and written by Surinder Brar as well as Surinder Arora. Moreover, Gulam Begum Aur Doraemon will be presented under Shree Filmz and Adamya Singh.

Coming back to the main protagonist of the web series Dheeraj Kumar, prior to this debut web show, he shared the poster of his film titled ‘Paune-9’. The film seems to be an intense drama starring Dheeraj in the lead. And besides this, he has other action-packed movies in his kitty like ‘Takhatgarh’, ‘Kala Shehar’, ‘Warning’, ‘Ruffal’ and ‘Defaulter’. 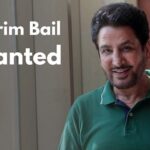