It is not new to anyone that the relation between Bollywood and cricket is old. Many cricketers have married Bollywood actresses, and sometimes news of affairs are also heard. But what we got to know recently will definitely give you a shock.

You will be amazed to know that the PM of Pakistan who has also been a cricketer has dated some Indian divas. Recently it was known that his name has been associated with actresses like Rekha and Zeenat Aman.  Some shocking revelations have been made in an old interview regarding the relationship between them.

The former cricketer was linked with several known and unknown women, however, his affair with Rekha often made headlines in the media. It has been surfacing all over social media that Imran Khan also visited India and met with Rekha in Mumbai to spend some quality time with the actress for almost a month. They were often spotted enjoying each other’s company at that time. The duo also hung out at the beach together and were snapped at nightclubs. Not only this, it was also said that the former Cricketer was all set to marry Rekha.

Though, it seems the relationship didn’t last long and the two called it quits soon. The report even quoted Imran Khan sharing his views on dating actresses. “The company of actresses is good for a short period. I enjoy their company for some time and then move ahead. I can not even think of marrying a movie actress,” he said.

Also, Imran has flings with Zeenat Aman and when he came to meet her in India during that time the word ‘Playboy’ was first used for Imran Khan. Though both Zeenat and Imran did not disclose officially, at that time the rumors were touching the headlines a lot.

Moreover, Imran has also shared a love bond with Actress Shabana Azmi, but the two never talked about their relationship openly in public. Also, during that time, it is said that many Bollywood actresses had a huge crush on cricketer Imran Khan. And he is can surely be named as the chocolate boy of the old era. 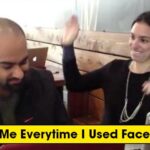 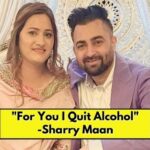