Punjabi singer and ‘Nightingale of Punjab’ Surinder Kaur has marked her name in everyone’s heart. She is one who achieved greater fame as a singer with a resonant voice and lively manner and conquered hearts home and abroad. She was the queen of Punjabi folk as well as the poetry of her times singing ballads of Amrita Pritam, Mohan Singh and Shiv Kumar Batalvi. Think of her and your memory lane will invite songs like ‘Maavan te dheean’, ‘Jutti Kasuri’, ‘Kala doriya’, ‘Lathe di chadar’, and many more.

But the singer has confronted a lot of struggle while reaching massive success and love in front of the audience. Her daughter Dolly Guleria who has been carrying forward the rich legacy of her mother Surinder Kaur once unveiled that her mother advised her not to choose singing as a profession.

Though Dolly was versed in both studies as well as extra curricular activities preferring to become a singer, her mother forced her to not opt, as being a singer in India especially in Punjab is difficult for girls. As they have to face a lot and pass through a lot of struggles. Hence, only the girls who have patience can survive in the industry otherwise it is tough for them.

She revealed that her mother too had to undergo many barriers and still managed to become a household name. And there’s no such person in Punjab who doesn’t know about legendary artist Surinder Kaur. Her songs were on the lips of every punjabi woman at that time and retains their popularity even now. She continued to remain a formidable name in the singing arena. Moreover, the legendary singer has passed her legacy to her daughter, their contribution towards the promotion of rich cultural heritage will always be remembered!

ALSO READ | Did You Know Surjit Bindrakhia Holds The Guinness World Record For The Longest Hek? 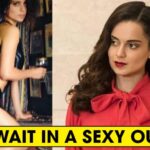 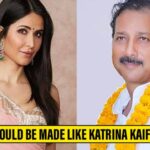