Bijlee Bijlee by Harrdy Sandhu was released and it took just a few hours when we saw everyone grooving on the song and making the impressive videos on the song’s audio. Not just the audience but many celebrities like Sunanda Sharma, B Praak and more were not behind in making the best use of this amazing song. The latest addition to this trend is none other than the charming Punjabi music lover, Vicky Kaushal.

Vicky Kaushal has let us get a peep into his latest photoshoot by posting the Bijlee Bijlee reel on his Instagram handle. He is seen in a white shirt and the wide trousers and impressed us with his sexy dance moves on Harrdy Sandhu’s latest song.

Vicky Kaushal even captioned and congratulated Harrdy Sandhu by calling this track a ‘Sick’ one. With less than 12 hrs this video of him dancing his heart out got more than 2.7 Million views and surpassed almost half a million likes.

The Sardar Udham actor is usually seen grooving to the Punjabi music and even opened up about his love for the same. He also revealed that the first thing he does after getting into the car is play his Punjabi songs playlist and then ride wherever he wants to head to. Afterall, he is a Punjabi lad and this is a compulsion for him to groove to the Punjabi song for an obvious reason. 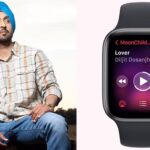 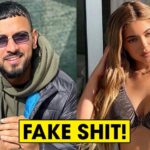