Most awaited match of ICC T20 World cup between India and Pakistan is finally going to be held today on 24 October. And fans from both nations are extremely excited. It’s just not the fans, even the tournament’s official broadcaster has jumped on the bandwagon with yet another ‘Mauka Mauka’ ad. What started in 2017 focusing on one India-Pakistan match has, over time, turned into a recurring happening every time the two teams face each other.

As we all know Twitterati never miss any chance to join the fun. Netizens took to twitter and showed their excitement level with creative memes for the epic face-off. Here’re some of the best hilarious memes from the users of both countries who show their creativity in a form of fun.

These are some of the best memes on the India-Pakistan Match which are flooding all over social media. 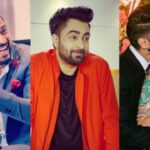