Bollywood Film Industry is not this successful and loved because of its films only. We strongly believe the maximum part behind Bollywood’s popularity is the personal lives of B Town celebrities.

Everyone is keen and curious to know what’s up with the relationship, family, friends and controversies of their favorite stars. Hence, any such news takes no time to make headlines and go viral. Currently, the eyes of all Bollywood fans are fixed on Aishwarya Rai Bachchan. And this time it is not for any of her upcoming projects or something else but is the after effect of her rumored pregnancy.

Yes, you read that right! Aishwarya Rai Bachchan might be pregnant with her second child with Abhishek Bachchan. No, the couple or the Bachchan family has not announced it officially, but its what the netizens feel.

The people on the internet caught something weird in Aish’s body language which made them suspect that the actress is pregnant. Aishwarya was recently snapped along with Abhishek Bachchan and their daughter Aaradhya at Mumbai Airport.

Aishwarya was seen wearing a loose one-piece black maxi dress paired with a black overcoat. And not only this, but the actress was noticed holding her coat again and again.

After the video went viral, the fans and netizens started making assumptions about Aish’s pregnancy.  Notable is the fact that Aishwarya and Abhishek welcomed their first child; Aaradhya, in 2011.

For now, there is no confirmation about the news, hence nothing concrete can be said about Aishwarya’s pregnancy. Earlier, the same kind of comments were made for Kareena Kapoor Khan when her picture with a belly bump went viral.

Kareena now has cleared the rumors and revealed she is not pregnant. She also stated that Said says he has already contributed way too much to the population of the country. 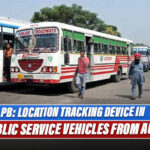 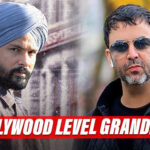