Jaani is a name that rules millions of hearts with his heart-melting lyrics. He is a top-notch lyricist who knows all the tricks to amuse his fans. And after ruling the music industry like a pro, it seems like he is now all set to try his hand in acting as well. Yes, you caught the hint right, Jaani will be seen acting in an upcoming Punjabi Movie.

The big news has recently come to the limelight after writer and producer Naresh Kathooria spilled the beans. He took it to his Instagram account and shared a picture with Jaani. In the caption, he also revealed details about Jaani’s upcoming acting project.

Jaani will be seen acting in the upcoming movie Honeymoon along with lead actors Gippy Grewal and Jasmin Bhasin. Naresh Kathooria is the writer of the film and while sharing the news, he gave the post a peppy caption by writing, “Giddarbaha wale.. first time coming together in Punjabi movie”
Also Read: Jaani’s Biopic In Progress! The Lyricist Himself Spilled The Exciting News

Though Naresh did not reveal much about Jaani’s role and other details, the fans are excited to finally watch Jaani acting once again. Jaani has surely acted in Honeymoon but this is not his acting debut. The fans know Jaani marked his acting debut with a small but pivotal role in Qismat 2 with Sargun Mehta and Ammy Virk.

Now, the eyes of his fans are fixed on the release of Honeymoon. The film is set to release on 25 October 2022. 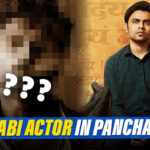 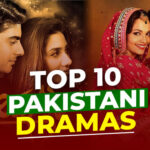