The controversy about the participation of Bollywood filmmaker Sajid Khan in Bigg Boss 16 doesn’t seem to be resting anytime soon. Already netizens, activists, BB fans, and many VIPs have expressed their disappointment against Sajid Khan’s presence in BB house.

Recently Delhi’s Commission for Women and FWICE also stepped into the hot controversy and openly released their opinions about the same.

Also Read: ‘They Are Bullying Me’: Urvashi Rautela Finally Reacts To Allegations Of Stalking Rishabh Pant

In the video, she not only unveiled her real-life story from 2008 and her early years but also bashed Bigg Boss for inviting Sajid to participate in the popular show. Kanishka also said that she is afraid to talk about it so openly because these powerful personalities might attempt to kill her.

While describing the main incident, Kanishka described the story when Sajid Khan invited her to his house as she had asked for his help in building her film career.

With the video, she shared a long caption in which she expressed her feelings and openly discussed Sajid Khan.

The note reads, “I am extremely scared of revealing name of a person about whom I spoke in my interviews last month that he called me up at his home & asked me to raise my Top & show stomach for giving me role into his movie in 2008 but now since he is into big boss & on demand from many film fraternity friends I am telling the entire story, experience & exactly what happened..his demands for offering me roles, I feel so insecure while telling you all the whole truth , these powerful personalities can kill me anytime & I am hopeless from Indian government & laws but I trust GOD & have FAITH that the struggle I went through bcoz of them he will answer me all together .”

She then also questioned her favourite actor Salman Khan for allowing Sajid Khan to participate in Bigg Boss 16. She wrote, “I am talking about #sajidkhan whom you all have accepted into #bigboss , specially my question is for @beingsalmankhan ji who is my fav & everyone’s , how come he doesn’t look at the characters big boss choose before selecting anyone for big boss ? Please watch the whole video it’s long but whatever I could speak by heart I am sharing with the whole world 🙏 after this I never want to come back to INDIA , I am scared but not WEAK .. I am POWERFUL, POSITIVE & ENERGIZED for the new beginning of my career in HOLLYWOOD.”

Whatever Kanishka has stated is not confirmed or proved, and neither Sajid Khan has ever discussed the matter in past. All the accusations are alleged till now, and the public is suggested not to jump to conclusions only based on one side of the story. 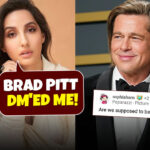 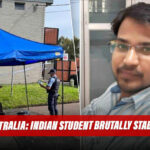