Kritika Khurana who is a popular social media influencer is currently in news due to her separation from her husband. Kritika is popularly known as That Boho Girl (also her Instagram user id) and enjoys a fan following of more than 1.7 million on Instagram.

She is a fashion and beauty influencer who always keeps her fans updated about her personal and professional life through social media. She got married to her boyfriend Aditya Chhabra in April this year (2022). And now after almost six months of their marriage, the influencer has announced separation from her husband Aditya.

Yes, Kritika took it to her social media handles and shared some notes with her fans and followers. She made the announcement of her separation public and mentioned that she wanted to reveal the same to her followers.

She wrote, “I know a lot of you already know, but I wanted you to hear from me since you’ve been such a big part of my journey for 8 years now. I’ve decided to separate and this decision has been harder than anything else I have ever had to do.”

Kritika’s note to fans also mentioned, “To be honest, life has been unfair to me recently. For the first couple of months, I chose to ignore and sacrifice my happiness because I constantly kept thinking of what the world will say. I even felt like a failure but 4 months ago, I decided that I had to choose my sanity at the end as I have my whole life ahead of me”

“These things are already so sensitive and I hope you will all respect my decision of keeping more details private. And to all the lovely people who have supported me in any way THANK YOU! You don’t even know how much I needed that…”, Kritika penned.

At last, Kritika concluded the note by seeking love and prayers from fans. She wrote, “I am and will always be a die-hard romantic but sometimes life deals us the roughest deals and we have no option but to take hard decisions. This phase has already been very hard for my family and me and I hope you can understand my situation and please send your love and prayers to close the chapter and move ahead in life.”

Kritika has not revealed the reason behind her separation, and neither Aditya Chhabra has released any statements regarding the same. Kritika’s friends and fans are extending support to her in difficult times. 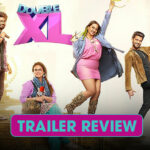 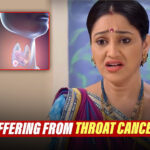