The Bhool Bhulaiyaa 2 star Kartik Aaryan is in news for his casting in the upcoming Bollywood franchise Hera Pheri 3. While Akshay Kumar backed out from the awaited Bollywood movie, Hera Pheri 3, Kartik Aaryan joined the cast. And he made headlines as various news reports claimed he has replaced Akshat Kumar in the film.

But later Suniel Shetty made it clear that Kartik Aaryan has surely joined the cast of Hera Pheri 2 but has not replaced Akshay Kumar. Rather, Kartik will be given a new role in the film.

And now, Kartik Aaryan has also released statements on the same. While interacting with Indian Express, Kartik Aaryan was asked how it felt when Paresh Rawal announced his name for Hera Pheri 3, to which the actor replied, “I am still surprised! That’s it.”

Kartik also said, “Audiences and the industry can see the conviction with which I am working. They can see it. Even with a Shehzada, they are seeing me for the first time in an action avatar. There is that conviction, self-confidence, or belief… You need a different level of conviction to do all that. The way the year has gone for me, it only fuels it, empowers me.”

The fans are genuinely very excited and waiting for more details on Hera Pheri 3. Moreover, the Hera Phera franchise is based on the live stories of Raju, Shyam and Babu Rao. Akshay Kumar, Suniel Shetty and Paresh Rawal are much loved for these characters, but Raju will no longer be a part of Hera Pheri 3. 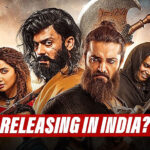 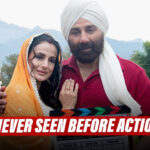