Ending the suspense, the makers of Lekh have finally unveiled the teaser of the film. And it is one of the most anticipated teasers of the Punjabi film industry. Featuring adorable Tania and charming Gurnam Bhullar, the teaser gives the fans a sneak peek into the school life of Ronak (Tania) and Rajveer (Gurnam).

The small video starts with introducing their character names and some sweet romantic moments. However, as the teaser ends, it leaves the audience thinking about what will happen next. The upcoming film is special in all possible senses. As it is a tribute to probably one of the greatest Punjabi movies ever made, Mel Karade Rabba.

Gurnam Bhullar, the lead actor has been seen in a different avatar as he had to shed kilos of weight for the film. Similarly, Tania also went through drastic physical transformations for the movie.

Coming to the credits, the upcoming film has been directed by Manvir Brar and will carry a unique storyline and a promising plot. The story, screenplay and dialogues have been written by Jagdeep Sidhu. The superhit duo Jaani and B Praak have handled the music department of the film and it is presented under the banner of White Hill Studios.

ALSO READ | From Gaining 30Kg To Losing All The Extra Kilos, Gurnam Bhullar’s Transformation For LEKH Is Jaw-Dropping

Fans are really excited to watch this film which is set to release on 1st April. And since we have already marked our calendars, all we are left to do is wait. 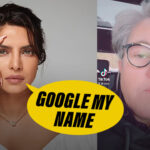 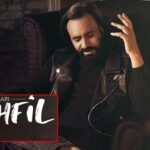