Sidhu Moosewala has created a buzz in the industry with his album Moosetape. His latest song 295 from the album has become quite a super hit, which has been watched by nearly five million people so far.

Few years back Sidhu Moosewala was caught in a controversy because of his song ‘Jatti Jeona Morh Wargi’ which mentions ‘Khanda’ and ‘Mai Bhago’ in the song.

Due to this, One of the fans criticised him for this in the comment section of a post and said, “Tik Ja Tik Ja..hale v ‘Mai Kaint’ bolno ni hatna #295A” . And, Sidhu replied, “295A chhad Bhave 302 hove Sach Keha Ta Sach E Kahu #mind it”. The Kidd even shared the screenshot on his Instagram story.

And now it is predicted that this song has been inspired from the above incident and section 295A.

But do you know what all charges come under section 295?

Section 295 of the Indian Penal Code (I.P.C) makes destruction, damage, or desecration of a place of worship or an object held sacred, with a purpose to insult the religion of a class of persons. He/she is punished with imprisonment which may extend to two years, or with fine , or with both. This section has been passed to compel people to respect the religious susceptibilities of persons of different religious persuasion or creeds.

Further, in the song 295, Sidhu speaks about everything related to the Section, be it social crimes, religious sentiment, hate, love, controversies from reality to fantasy, from God to his self-made contractors, he left nothing but his mark from the song. 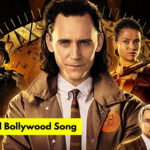 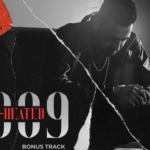