Rumors of the wild card entries in the Bigg Boss 15 house are at peak currently. It was rounding all over the internet that Moose Jattana, Donal Bisht, Vidhi Pandya and Akasa Singh would soon make a wild card entry in the show. Moose was almost a confirmed contestant after a strong clue she dropped on her IG story. But now this rumor has taken a smooth turn.

Moose Jattana has shut all the rumors of her getting into the Bigg Boss 15 house as a wild card contestant. She posted an IG story of her exclaiming the ongoing talks of her wild card entry. One of her followers on Instagram messaged her a congratulatory message on entering into the BB 15 house. Sharing it on the story, Moose has clarified that She Is Not Going To Bigg Boss 15.

During all this, Afsana was too expected to make a comeback. Afsana was out of the Bigg Boss house after she tried to self-hurt with a knife. Even, reports of her getting back into the show were floating all over the social media and now it seems that it is almost confirmed that the singer is again entering the house soon.

Afsana was sharing a couple of stories recently, of people wanting her to get back into the show. She then finally posted a picture whose caption speaks a lot about her comeback in the show. If this happens, which is almost confirmed, it will be amazing to see her back as she was one of the most jolly people inside the isolated house.

This week in the BB 15 house is going to be a surprising yet exciting one as makers are reportedly planning to get amazing wild card entries inside the show. Let us wait until official announcements regarding the wild cars are made and they are brought into the house. 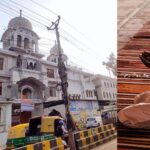