Manoj Bajpayee is impressing masses with his acting skills and jaw dropping performances in recently released The Family Man 2. While the entire nation is busy appreciating him, meanwhile Netflix India has announced a new upcoming project with our favourite Family Man.

If you’ve on twitter and follow either Manoj Bajpayee, Amazon Prime or Netflix India you must know what we are talking about. The tweet thread between the three is going viral on social media.

It all started with the announcement of Netflix. It revealed about the upcoming series ‘Ray’ which wilo feature Manoj Bajpayee. It wrote, “@BajpayeeManoj coming to a Netflix series! We love that you’re a part of this family, man ❤️

To this, Bajpayee replied with,

“Thank you 🙏 for your warm welcome!!! It’s a privilege to be part of the anthology!!”

But it seems like Amazon Prime Video isn’t very happy about it as they expressed their betrayed feelings whilw retweeting Netflix’s announcement tweet.

And to this, Manoj replied with,

These funny tweets among Bajpayee, Netflix and Amazon has made the fan’s  day beighter. And the fans are replying to these tweets with funniest memes.

The trailer of upcoming Netflix Web Series Ray is out on YouTube and is impressing fans already. Ray will feature Manoj Bajpayee, Ali Fazal, Kay Kay Menon and Harshvarrdhan Kapoor in lead roles. 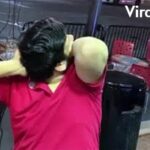 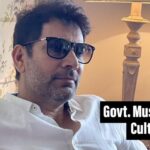