Ranu Mondal’s life is the perfect example of what social media can do to one’s life overnight. The life story of Ranu Mondal is no less than a Bollywood film and guess what, it is now official that a biopic on her life will be released in the year 2022.

The Bollywood Biopic, Miss Ranu Maria, based on the life of overnight sensation Ranu Mondal has been announced. It will star actress Eshika Dey in the lead role. Director Hrishikesh Mondal will be leading the film under his direction. Eshika Dey, the lead actress has appeared in many Bengali movies such as ‘Laal Kaptaan’ and the nationwide sensational Netflix web series, Sacred Games.

According to the reports, Eshika Dey has replaced Sudipta Chakroborty as the lead in the film. Sudipta was earlier the first choice of the director to play Ranu Mondal in the movie Miss Ranu Maria, but was then replaced by Eshika. Eshika also added that the team is approaching Himesh Reshammiya for the film. It is also rumoured that many Bollywood top actresses were approached for the lead role but they denied it.

Himesh Reshammiya is no less than a godfather to Ranu Mondal. It won’t be an overstatement to say that he gave her a new life. Ranu Mondal was a very poor but talented lady whose video of singing ‘Ek Pyar Ka Nagma Hai’ at a railway station got very viral on the internet and she became an overnight sensation. Social media changed her life forever.

Popular Bollywood music director and singer Himesh Reshammiya decided to build the talented Ranu Mondal a completely new life. She reached the city of dreams, Mumbai from Ranaghat, West Bengal, where she actually gained all the fame. She was later given a chance by Himesh to sing the song ‘Teri Meri Kahani’ for his film ‘Happy Hardy And Heer’ in 2020.

Ranu Mondal’s success was followed by a sudden dip due to her behaviour with the media and the public. She was criticised by the public for her conduct with the public, which led to her downfall. Her success was short lived but inspirational and Miss Ranu Maria is going to cast the whole story before the audience in 2022! 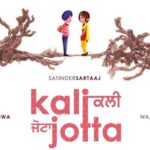 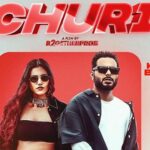