This is the current hot and trending news of Punjabi Industry that actress and
singer, Sara Gurpal will be seen in Bigg Boss season 14. Though Sara didn’t
react or announced it officially, the sources have already confirmed the
news. Which means this time also, a Punjabi kudi is all set to rock the sets of
Bigg Boss once again. Before her, we have seen Himanshi Khurrana and
Shehnaz Gill in Bigg Boss house, which created an extreme hype in the news.

The story behind Diljit’s Peed from G.O.A.T

Not to ignore, this season will be seasoned with extraordinary spices and
entertainment because Sara is known for her charming personality and
expressing her opinion directly and confidently.

Do you know, what Jassie Gill is obsessed with?

We are sure, knowing this news, none of her fans can keep calm. Let us know if
you are excited too? 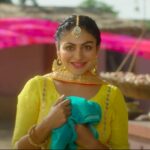 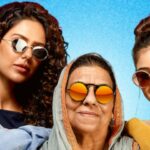