Prolific Punjabi artist Sharry Mann, who has a carefree personality with an honest smile playing on his face. The thing which appeals to everyone is his rawness and lack of pretense. He has sung many songs which became everyone’s favorite in no time.

The intensity in his songs makes him unique and different from other artists. Be it Yaar Anmulle, Yaara, Hostel and many others, every song has a different rhythm and vibe. Not only this, every song is either related to his personal experience or any anecdote he has listened to. But in an old interview, he has told the tale about one of the most loved songs, 1100 mobile. The song which every 80s and 90s  kid relates is still stuck to our mind and heart. It gave the same feeling as before.

He told his friend Bobby Gill, who wanted to shoot his song ‘Jawani Chali Gayi’  but he wanted to release 1100 mobile before that, so they planned the concept and while planning, Bobby also shared some of his experiences. Finally they finalised the story of the song and shot it in 3 days.

Hence, while no one can bring back those days, Sharry Mann definitely does bring those feelings back. 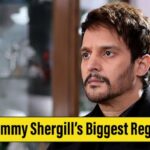 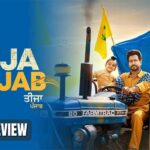