The Cosmic Entertainment presentation ‘Assistant’ is all set to make its release. The project will star Shubh Sandhu in & as Assistant. The Punjabi web film has been officially announced by uploading the official poster of the film on social media.

The poster reveals various insides of the film and is enough to make everyone excited about the project. The project feels like it’s going to be a crime-mystery or a thriller type of film. The first official teaser is set to release on the 11th of June, which might even unfold more about the upcoming film.

Karan Singh has executed the job of the editor of the film. Gur Aulakh has the music of the web film in his hands and it will be produced by a well-known producer of the Industry, Jagtar Moosa.

Through a prior announcement by the producer himself, it was revealed that the web film will be released on the Jagtar Moosa youtube channel.

The very talented Shubh Sandhu is not only leading the cast in the film but is also the story writer and the dialogue writer of the film.

Shubh Sandhu has also starred in the fan-favorite movie ‘Shooter’. He was also praised for his artwork in the superhit film ‘Sikander 2’. A while ago, Geet Mp3 announced collectively a trio of Punjabi web series. In one of them, ‘Lazeez’, the audience will witness Shubh Sandhu again. But prior to this, we are all waiting eagerly for his performance in this web-film.

The film is defined as ‘an unorthodox film beyond the typical’. The artists describe the journey as a Ride Of Lifetime and a trip to Beyond The Stars. Is the term ‘Beyond The Stars’ in the caption a reference to the American Sci-Fi Drama film, Beyond The Stars? 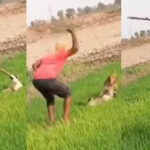 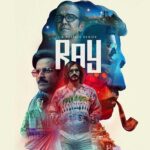