Gold Media uploaded a story on their Instagram account, with the redirect link to Bitch I’m Back’s Billboard charts history which showed the track peaking the Top Triller Global Charts.

Bitch I’m Back opened the album Moosetape on 15 May. Sidhu stars as the singer and lyricist of the song. The Kidd has produced the music for the track and it was only released with its official audio version. The official audio has garnered over 23 million views in just a week of its release.

Prior to the release of the album, Sidhu Moose Wala had made it very clear that he was aiming for the Billboard with this album. Instructing and guiding the audience to not support piracy and stream the songs of the album on legit platforms, Sidhu Moosewala wanted a position at the charts.

READ | All The Songs Of MooseTape Were Recorded At Village Moosa?

Now, the very first track of the album has done the job for the artist. It was very expected that Sidhu would break the charts with this album and Bitch I’m back has proved us all right.

What’s interesting is that this is only the first track of the album and Sidhu has promised his fans a huge album of 30 songs. God knows what more records and charts are the upcoming songs going to break but for the timing, Bitch I’m back peaking the charts is a huge up for the Punjabi music industry. 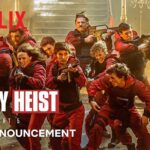 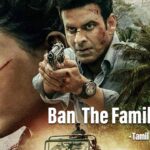