Sidhu Moosewala is the name that has left a mark on millions of hearts. He was not only one of the most successful and loved artists in the Punjabi Entertainment Industry but had a worldwide impact. He ruled various national and international music charts with his super hit songs and albums. But he was not only dedicated to making good songs for discography but also extended help and support to various other artists also.

A similar story was recently shared by music producer Jay Stunn. Ahead of the release of his latest song Fabled with Jenny Johal, Jay shared how Sidhu Moosewala has selflessly supported both of them for the song.

Jay took it to his Instagram story and revealed Sidhu Moosewala has sent Jenny’s vocals and also asked him to improve when he didn’t like the first product.

Jay penned a special note to tell everyone how selfless Sidhu was also to thank the late singer once again. He wrote, “I was doing some projects and sidhu bai sent me rough vocals of jenny Johal on Whatsapp, he told me to make it ASAP.

I made it and bai didn’t like it he said to do it again & improve, then sidhu bai loved the second version which I made after an hour so. which will be released tomorrow.

Although, it is a solo track of jenny Johal with me, but he was supporting me or other artists to grow who were in his contracts without any greed. Thanks to bai Sidhu Moosewala”

After Jay shared the note on his Instagram story, now Jenny also shared the same story as her Instagram post. This story has once again made all the Moosewala fans emotional and extremely proud of their idol. 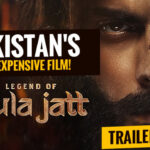 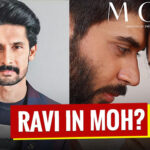