Actress Wamiqa Gabbi has never shied away from good work, be it regional cinema or Bollywood projects. Wamiqa, who is basking in the glory of her powerful performance in Disney Plus Hotstar’s web series Grahan is all set to appear on another OTT project. Titled ‘Stardust’, the upcoming web series also stars Aparshakti Khurana, Aditi Rao Hydari, Sidhant and Ram Kapoor.

The filming has been completed as Helmet star Aparshakti shared a picture from the sets in which he can be seen sharing smiles with Vikramaditya and other team members. The series has been directed by Vikramaditya Motwane.

The upcoming show is a fictional take on the Indian film industry from 1947 to 1989 and explores the clash between two superstars. The show will be aired on Amazon Prime Video. Moreover, the shooting was started in 2019 and put on halt because of the second and deadlier wave of coronavirus in the country earlier this year.

Now, as the shoot has been completed, fans are really excited to watch Wamiqa’s performance in this web series. She has a bundle of projects lined up to release. These are Galwakdi, Kali Jotta, Arjantina and many more. She has undeniably done great in her career and we are really excited to see her succeed. Meanwhile, for more information about this series then we have to wait a little more for the poster, release date and teaser of this upcoming series. 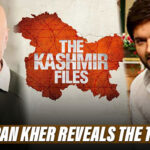