During the pandemics due to COVID 19 in India, the Indian Film Industry experienced a really long pause. But the good news is that everything now is slowly getting on track, and celebrities have already started working on their next projects.

Same is happening in Punjabi Film Industry as well. The actors have started travelling and the filmmakers are also making final touches to new scripts ready to shoot. Amongst them all, is a Punjabi actress, who has three sequels of superhit films lined up.

She is none other than the charming Tania, who won our hearts with her simplicity and innocent look in the superhit film, Sufna. In the film she shared the screen with Ammy Virk as the lead pair, and the audience loved her performance a lot. And because the project was also a superhit, fans demanded a sequel of the film. and guess what? One of her upcoming films is actually the sequel of Sufna. And the other two remaining are the sequels of Qismat which featured Ammy Virk, Sargun Mehta & Tania in it’s part one, and Guddiyan Patole, which starred Sonam Bajwa opposite Gurnam Bhullar, and Tania was seen in a supporting role.

10 Reasons why! Qismat and Sufna are every Punjabi movie lover’s favorite.

All these films were superhit and they received great attention and love from the audience, which makes us more excited for their sequels.

Many of us still think that Tania is a fresher, and Sufna was her debut film, which is not correct. In fact, Tania’s debut film was Qismat. But Sufna brought her in the limelight which highlighted her talent. Before this project, she has worked in 4 films, including Qismat, Son of Manjeet Singh, Guddiyan Patole and Rabb Da Radio 2. And for Qismat, she even won an award for Best Supporting Actress.

Oh, that’s how B Praak got it! Interesting scoop!

After Sufna, we saw Tania in many music videos, which is making her no less than a sensation.

Noticing her acting, talent, and performance it looks like she has the potential to give tough yet healthy competition to Sargun Mehta and Sonam Bajwa, who is currently ruling the Punjabi Industry. 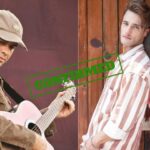 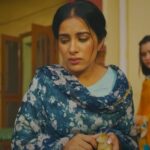